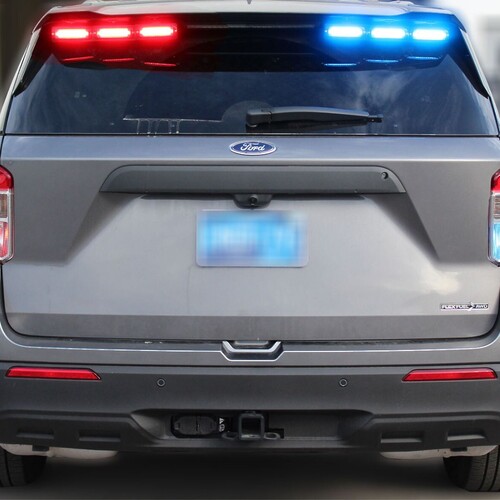 Emergency vehicles come in many different varieties. Be it the police cars with red and blue flashing lights and blaring police sirens, or signature amber LED lights used in utility vehicles, their role is clear, to alert other motorists and passersby of their presence. They do this through both visual and auditory mediums. The visual aspect is handled by emergency vehicle lighting. However, one might wonder why certain colours were selected for this purpose. The answer can be figured out with the help of wavelengths. In this blog provided by D&R Electronics Co. Ltd., the role of wavelengths in emergency vehicle lighting will be explored.

The wavelength of yellow/amber light is in the range of 590-570 nanometers. This places it in the middle of the visible light spectrum, between red and green. Yellow/amber light is thus not as energetic as blue or violet light, but more so than red or green light.

The human eye is most sensitive to light at a wavelength of around 555 nanometers, which is in the green part of the visible spectrum. Yellow is quite adjacent to green, in this case, hence amber LED is used in utility vehicles due to its visibility.

The wavelength of red is around 650 nanometers, which is almost at the end of the visible light spectrum. In terms of visibility, it is not as effective as green or yellow.

The wavelength of blue light is around 475 nanometers, which is at the other extreme of the light spectrum. Similar to red, blue light is also not an ideally visible colour, falling at the lower end of the visible spectrum.

Why are red and blue LED lights still prominent?

Based on wavelength alone, one might expect that green would be the most visible colour, and should be used in emergency vehicles.

In summary, while the eyes are most sensitive to green light, red and blue light are actually more visible in real-life situations due to scattering by atmospheric particles.

Why use amber as well as red and blue for emergency lighting?

The rationale behind this is more practical rather than scientific. It is to denote different emergency vehicles. For instance, amber LED beacons are typically used on construction vehicles and tow trucks, while red lights are used on fire engines and police cars. Blue lights are majorly used on police cars along with red. The end goal is to aid people in quickly and safely responding to emergency vehicles.

D&R Electronics Co. Ltd offers complete fleet solutions including electronic, metal, and plastic products. With over 40+ years of valuable experience and knowledge working with police and public work departments around the globe, our after-sales service policies further strengthen our reputation in the industry. For more information, visit https://www.dandrelectronics.com/