Interesting Facts About the Origins and Use of the Police Sirens by D&R Electronics Co. Ltd. 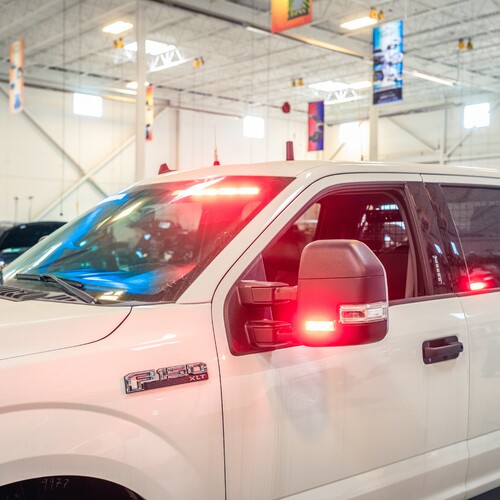 According to Merriam-Webster online dictionary

The first known use of the word siren as a noun was in the 14th century and was often capitalized. Siren as a noun had the definitions below:

⦁    Any of a group of female and partly human creatures in Greek mythology that lured mariners to destruction by their singing.

⦁    A woman who sings with enchanting sweetness, A temptress, Temptation.

As an adjective the word siren was first used in 1568 and it meant enticing – or arousing strong attraction or interest. A police siren is a system/instrument used by first responders to do just that.

Sirens generate loud tones, which attracts everyone’s attention to take necessary measures to ensure the safety of the first responders and the public at large.

Originally the siren was a musical instrument producing musical tones, especially in acoustical studies by the rapid interruption of a current of air, steam, or fluid by a perforated rotating disk. A far cry from the police sirens of today. In 1891 an improved siren was capable of producing loud noises even under water. It was this feature that inspired the name based on sirens from Greek mythology. Prior to the siren, emergency vehicles relied on bells to alert the public. To increase the volume of the sound generated by sirens, a horn was fitted to the device that turned the high pitch from the siren into a low frequency loud noise that could be heard much further.

It was in the 1970’s that emergency vehicles employed the use of sirens, this included police sirens. However, sirens were also used during war time to alert soldiers and citizens alike of various scenarios from being alert, to danger or an all clear signal.

Current day sirens used by first responders have come a long way since the sirens of the old. These high tech devices include speakers, an amplifier, tone generators capable of generating different tones to be used for specific instances and a control box that gives the first responder control at the fingertips in a fast moving vehicle. The tones of the police sirens, combined with the emergency lighting systems of a first responder vehicle make an immediate impact warning or alerting the public at large.

D&R Electronics Co Ltd. has evolved its Siren Systems over a period of 40+ years and provides a variety of light and siren solutions the latest being The IQ which provides flexibility with control, reliability of solid state components and options to add or combine regular siren amplifiers and (Thunder) low frequency amplifiers.