From Crown Victoria To Ford Police Interceptor: A Brief Evolution of Police Cars 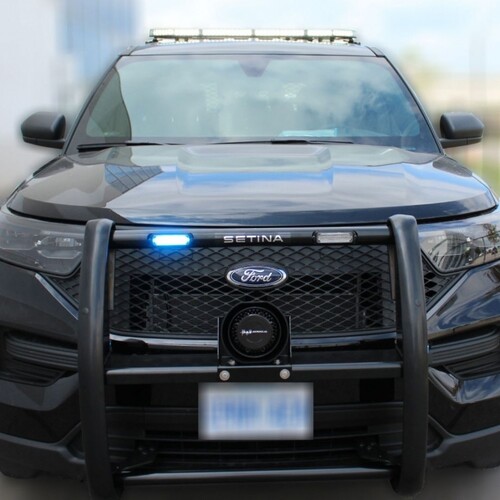 From starting out as a simple electric wagon in 1899 to becoming really fast, armoured, and efficient machines that they are today, police cars have come a long way. Ford, the major automobile manufacturer, is one of the oldest partners of police precincts across North America. But any mention of police cruisers is incomplete without examining the history of the Ford Police Interceptor.

The evolution of this class of police cars will be examined in detail here.

The Ford Crown Victoria cars released their police variants in 1992, christened as Ford Crown Victoria Police Interceptor. Although previous versions were used by law enforcement, they never attained the title of police interceptor, but instead were simply called P72. These mean machines came with a Modular V8 engine with a 4.6-litre capacity, and as for transmission, the vehicle employed either Ford AOD/AOD-E or Ford 4R70W, both popular variants of 4-speed automatic transmissions. Successive restyling, including the release of a second-generation vehicle, saw the introduction of the honeycomb grille, optional side-impact airbags, and complete redesigning of the instrument panel. Ford eventually ended Crown Victoria’s production in 2011.

Innovations in technology led to lighter, faster, and more efficient cars, which were also introduced in law enforcement with Ford Taurus in 2012, renamed as Police Interceptor Sedan. Equipped with a 3.7-litre V-6 engine made from aluminum, the car was considerably lighter than its predecessor. With 305 horsepower and equipped with dual exhaust pipes, the sedan’s mileage also saw a significant improvement. The special police fleet version also had a whole host of other features such as a blind spot information system, rearview camera, a sensor system for reversing the vehicle, and more. The sedan version of the police car was finally discontinued in 2019 after a 7-year stint.

When the sedan version of the interceptor came to the market, Ford launched the Police Interceptor Utility in parallel, which was the modified version of Ford Explorer. A considerably heavier and armoured version of its sedan counterpart, the SUV initially took its engine specifications from the evergreen Ford Mustang, with a Ti-VCT V6 engine with a capacity of 3.7L. The vehicle also had special provisions and modifications which were accessible only to the police fleet such as steel wheels, column-mounted shifters in the transmission, and enough space to outfit the SUV with important police accessories. To counteract the formidable acceleration of the cruiser, the utility version was also equipped with an advanced ABS system and excellent traction control.

The Police Interceptor Utility vehicle saw a brand new update in the year 2020, with the introduction of the second generation. The major upgrades are in the engine, with the introduction of a twin, turbocharged V6 engine with a 3.0L capacity. The new version also has more cargo space due to a significant change in chassis design. It is evident that police cars are getting faster, stronger, and more efficient with each iteration, improving the safety and performance standards of the police department.

When it comes to design, manufacture and installing perimeter lighting, lightbar, sirens, light and siren control systems, consoles, docking stations, computer mounts, or custom solutions for police fleets and first responders, D & R Electronics emerges as a pioneer. Contact us today for a consultation and learn about our wide range of services.