Core Components Of An LED Light 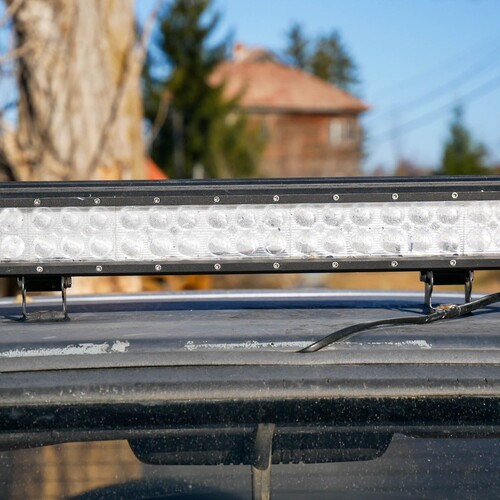 LED lights are commonly used in police car lights, emergency vehicles, traffic arrows, and more. There are a few key components of an LED that aid in its functioning. In this blog post, those components and their working will be explored.

5 core components of an LED.

Lens
One of the most important parts of an LED light is the lens. The lens is responsible for focusing the light into a beam that can be directed at a specific target. Without a lens, an LED light would simply scatter its light in all directions, making it much less effective at illuminating a specific area.

LED Chips
An LED chip is a semiconductor diode that emits light when an electric current is applied to it. LED chips are made of materials like gallium arsenide and gallium phosphide, which have a wide range of colours depending on the composition of the material.
The light output of an LED chip is proportional to the current passing through it. The amount of current required to produce a certain light output depends on the type of material used in the chip and the design of the chip. LED chips are typically rated for a maximum forward current and a maximum reverse voltage.

Heat Sink
A heat sink is a device that helps to cool an LED light by dissipating heat. Heat sinks are usually made from metal or other heat-conductive materials, and they are often used in conjunction with fans or other cooling methods to help keep an LED light at a safe operating temperature.

Housing
The housing is the external casing which holds all the other materials together and protects the light from external elements.

To know more about various LED lights used in traffic arrows, message boards, LED beacons, and perimeter lighting, contact us at D&R Electronics Co. Ltd. A pioneer in constant technological innovation, the company has over 40+ years of enriched experience and knowledge with police and public sector departments around the globe.